Facil is a mobile application that allows homeless individuals free doctor visits by utilizing cancelled appointments, with the intention that access to preventative care can prevent serious issues from developing.

Through a design charrette, my team and I brainstormed problems in the finance, health, and transportation spaces. We chose to focus on health. Then, we identified users and settled on designing for homeless individuals.

When patients cancel an appointment last minute, the time slots often go unfilled but the doctor still gets paid.

Having identified that we could redistribute cancelled appointments to homeless individuals at no cost, we discussed which platform to use. Based on our research, we concluded that a mobile application would be feasible.

We then began wireframing screens for the app on a whiteboard. 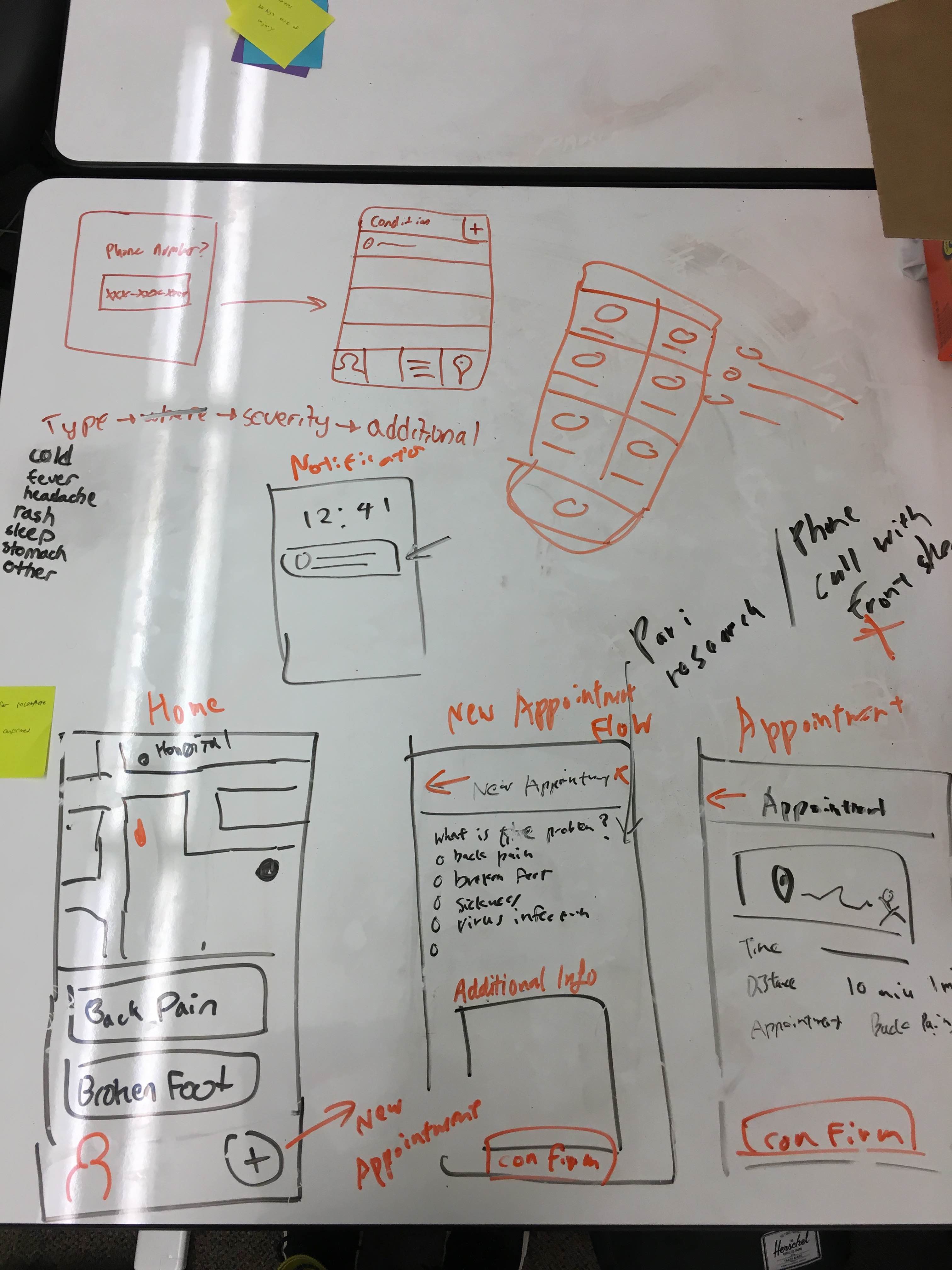 Using Figma, we refined our wireframes to create high-fidelity mockups, as well as a presentation and elevator pitch to accompany our application. 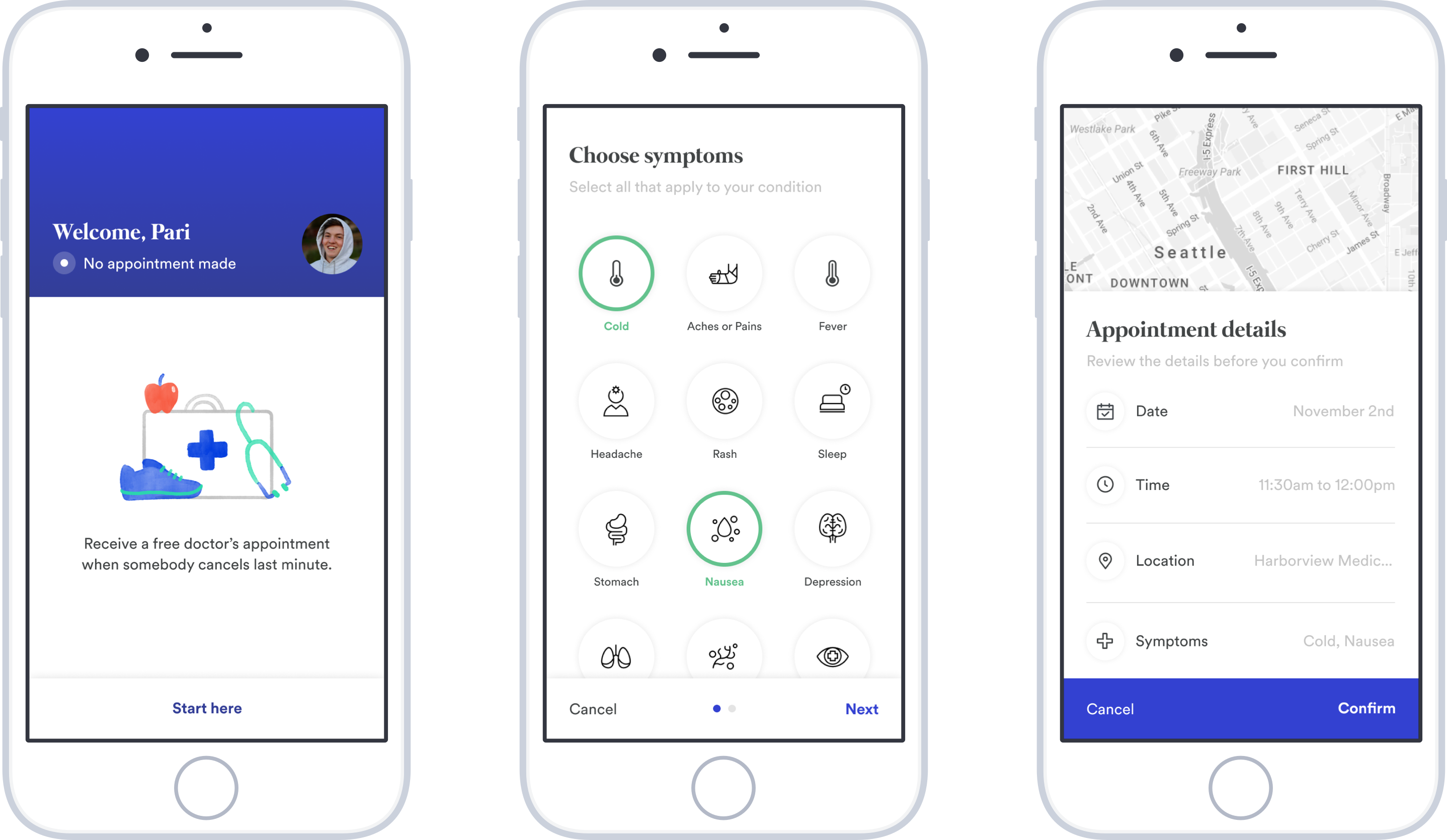 After finalizing the design for Facil on Figma, we handed off our files to Ryan, our developer, who then built the app using React Native.